#PoetryPromise is coordinated through Poetry by Heart with the aim of promoting and spreading the love of poetry. My #PoetryPromise for 2015 is to share a favourite poem of mine every month through my blog. My choice for July is The Windhover by Gerard Manley Hopkins. 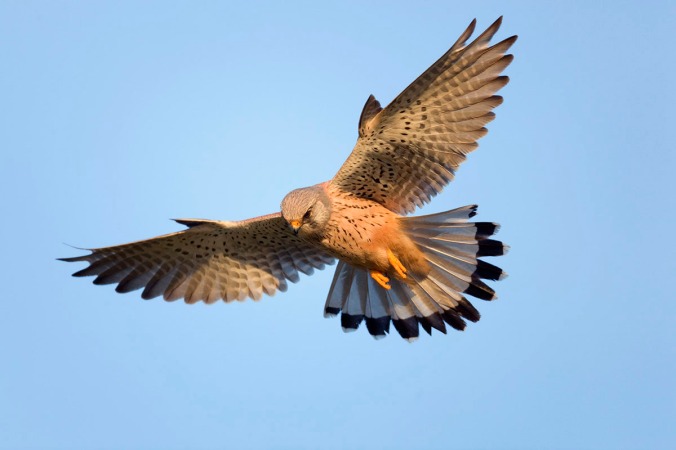 I CAUGHT this morning morning’s minion, king-
dom of daylight’s dauphin, dapple-dawn-drawn Falcon, in his riding
Of the rolling level underneath him steady air, and striding
High there, how he rung upon the rein of a wimpling wing
In his ecstasy! then off, off forth on swing,
As a skate’s heel sweeps smooth on a bow-bend: the hurl and gliding
Rebuffed the big wind. My heart in hiding
Stirred for a bird,—the achieve of; the mastery of the thing!

Brute beauty and valour and act, oh, air, pride, plume, here
Buckle! AND the fire that breaks from thee then, a billion
Times told lovelier, more dangerous, O my chevalier!

Gerard Manley Hopkins is another unique voice in poetry. Like Emily Dickinson, he crafted his own poetics. He hammered and twisted the English language into a completely new form, sending red hot sparks spilling off the page with his sprung rhythms and exploding images. Reading his verse is like watching a pinball machine, as the meanings of words collide and spin off in unpredictable and spectacular directions, lighting up in vivid colour.

Although in later years Hopkins’ poetry turned darker and more tortured as he wrestled with despair and shaken faith, I love the unconstrained joy of his early poems. Though I am not religious, I feel the same wonder in nature when I see a marvel like a kestrel, catching the wind’s currents to hold itself aloft, its head a static point as its piercing eyes scan the ground for traces of movement. Whenever I see one above the motorway or over a field, Hopkins’ words leap into my head; his rippling lines catch the constant movement of the bird’s wing and the open-mouthed wonder of seeing such awesome adaptation in action.

One thought on “#PoetryPromise July: The Windhover by Gerard Manley Hopkins”