This month’s #blogsync topic invites idealism. So, here are my ideals: 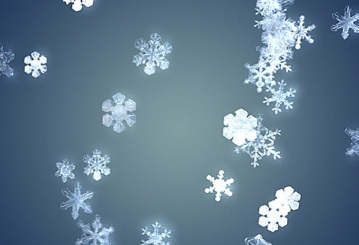 Firstly, I believe education should be about helping children discover their individual voice. My mantra is that I am helping young people to find the best means to express themselves, and ensuring that they have the education to know what it is they want to express. I still really believe this, and I strive to achieve it every day. Secondly, I believe education is about creating a sense of social and community responsibility. Schools have the potential to be utopian, as the members of our mini-societies have boundless energy and the capacity for collaboration, empathy, sympathy and selflessness. 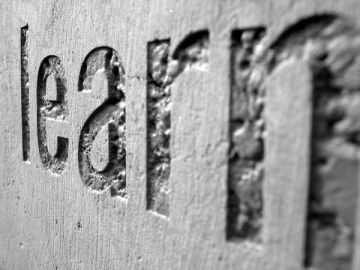 Thirdly, I believe education is about fostering a love of learning, not just as a means to an end, but as an indulgence of an innate curiosity that lies at the heart of human nature. We are a remarkable species with the ability to think beyond ourselves. Schools which are true learning communities are wonderful, vibrant and exciting places to be.

Rampant idealism aside, the topic deserves a more critical appraisal too. There are tensions at the heart of the education system which I have been wrestling with since a Twitter chat with @JamesTheo some months ago – so long ago, in fact, that I now can’t find it. Our discussion focused on the dissemination of values through teaching. The more I think about it, the more I think that our existing education system is about the transmission of a set of traditional middle-class English values into society. These values include a respect for authority, obedience, and the social prejudices which see “a degree from a good university” as more valuable than  a technical or vocational qualification.

I’ve seen this transmission of values in action throughout my career when following up fights where the antagonist’s defence is “my dad told me not to take it sir; he said if he called me names I was to smack him. So I did.” Without thinking, I use the well-practised lines: that violence is not the answer. That he should have walked away and told a teacher. That, no matter what the provocation, there is never any excuse for lashing out.  Or, to put it another way, the values his father has instilled in him are wrong, and that mine are right.

Twice in my career I have caught myself trying to persuade confident bright young women that they don’t really want to study hair and beauty at college and they’d be much better staying at school to do A-levels. Both of them had ambitions to manage their own salons; I wanted them to go to university instead and, presumably, to get a “better” career. On both occasions I failed and both of those young women are now running their own successful businesses. They were right and I couldn’t have been more wrong. But the system – including me – is prejudiced to think that a vocational route is inferior to an academic one, and every time I meet with a young person to talk about post-16 progression I have to balance this prejudice with what I am seeing and hearing in the interview.

The same thing goes for the structures of a school. I profess to foster and develop individuality in an institution where everyone wears a uniform and moves from one place to another at the same times every day to sit together and complete the same programme of study as every other child of their chronological age in the country. Is this really a system set up to allow young people to find their own voice?

It’s all very well to talk about keeping politics and education separate, but this is impossible: education is a political process. To an extent, it is about preserving the values of the dominant middle classes by imposing them on the nation as a whole, in the hope of building a society predicated on those values. I don’t express this to be negative; only to draw attention to the realisation that I have had about this “hidden purpose” in the classroom.

Of course, no system of national education is ever going to avoid this issue of values transmission. I think my job as a school leader is to think critically about which of them should be challenged, and which upheld. I take a long hard look in the mirror and think about what values I want to transmit myself.  Personally, I try to balance the value of vocational, technical and practical education with traditional academic routes against the prejudices that were inherent in my own schooling. But, no matter who says different, it’s never okay to use violence to solve your problems.

Above all, the most important thing for me is not to let the system be a barrier to the ideals. Schools can foster individuality, community and learning, even if this is sometimes despite, rather than because of, the structures within which we work.

This post is a response to the September #blogsync. Read the other contributions here.

3 thoughts on “What is the purpose of education?”