As I hoped I would in an earlier post on this blog, I am really enjoying Educating Yorkshire. The most recent episode caused a bit of debate on twitter, showing as it did the varying fortunes of Georgia and Jac-Henry after they were involved in a fight at the start of the episode. In case you haven’t seen it – which, of course, you should do! – here’s a brief summary.

Georgia accused Jac-Henry of calling her names. He alleged she said “if I’m a slag then what’s your mum?” which provoked him into attacking her. She may or may not have stamped on his head. In the subsequent investigation she denied the comment about his mother, so she was returned to lessons and he was excluded and referred for a course of anger management. Outside the head’s office, but on camera, she admitted that she had made the provoking comment. Outrage ensued. Poor Jac-Henry. Excluded again later in the year following another provoked fight, he responded to his friend Brandon’s sense of righteous injustice with the heart-rending comment: “I’m not being bullied; I’ve got an anger management problem.” 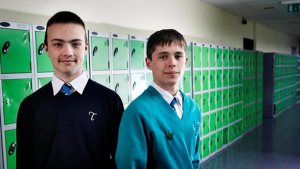 Jac-Henry and his friend and champion, Brandon (via Channel 4)

Many tweets were quick to condemn Jonny Mitchell for getting it wrong. The victim of bullying was excluded and blamed. The bully lied, was believed, and went straight back to lessons. But I don’t think it’s that simple. We’ve only seen an edited version of what the cameras were able to catch of the incident. The producers have spun a narrative out of it, casting the two youngsters in roles and stitching the fabric of the footage to fit. We don’t know much of their history, their background, or their circumstances, beyond what the producers shared to flesh out the representations they’ve chosen to construct.

I applaud the bravery of Mr Mitchell and his staff for letting this episode be broadcast and showing just how complex and difficult the process of managing behaviour in a school can be. In any incident of this type, no matter what the TV producers want to construct, there is very rarely a clear-cut right and wrong. I don’t think I’ve ever known one student assault another for no reason whatsoever. It comes down to whether or not you can ever tolerate the use of violence to solve a problem in your establishment. In my book, that’s a non-negotiable. If you throw a punch, no matter what the provocation, you are going to be in trouble.  The “anger management” offered to Jac-Henry in the episode was, I thought, a helpful intervention to support that young man in managing his emotions without physical aggression. It was dreadful to hear him label himself in the later incident, and to see himself as guilty in a scenario where he was more victim than villain, but his humility and willingness to accept his sanction was laudable. 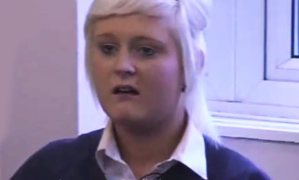 As for Georgia, she too was excluded for her refusal to comply with the school’s rules, and her repeated transgressions resulted in the use of the “nuclear warhead” sanction of banning her from the prom (HT @Andyphillipday). Her confrontational attitude saw her branded “proper mental” by her admiring classmates, and “difficult, but charismatic” by Headteacher Jonny Mitchell. Her provocation certainly caused the fight and her behaviour towards her tutor was horrendous. But only one of her three siblings had made it to the end of secondary education successfully, and it struck me that Georgia was as much in need of support to control and change her behaviour as Jac-Henry.

In the first fight with Jac-Henry, Mr Mitchell believed Georgia’s story; the cameras proved he was wrong to do so. Whenever a senior member of staff is investigating and deciding on a serious behaviour incident such as a fight or an assault, in the absence of concrete evidence it’s going to come down to a balance of probabilities and who, in your experience, you believe to be telling the truth. This episode illustrated that all too well. It also showed that, when children misbehave, the school’s responsibility is not just to punish but to support and teach them how to behave better. This is not a simple, linear process. There isn’t a pack of photocopiable worksheets or one day course in a hotel that will achieve it, no matter what the marketing flyers in your in-tray tell you. It’s chipping away, modelling, providing constructive outlets, and constant, consistent reinforcement of the boundaries; it’s slow, frustrating, fraught with failure and setback; but it’s amongst the most important things that schools and teachers do.

6 thoughts on “Bullying, Blame and Behaviour Management: what Educating Yorkshire can teach us”