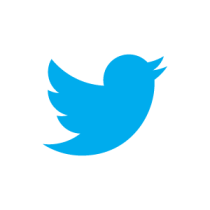 As observed by Thomas Starkey in Stack of Marking, it’s obligatory for any blogger to include a “Twitter” post on their blog. Here is mine! I am writing in response to The Tweacher Revolution by Carol Davenport at Scientists have said…, which is itself a response to Joe Kirby’s How Are Teachers Using Social Media and How Might Social Media Help Teachers Improve Education? Davenport sensibly resists the tide of “Twitter will change the world” posts with the conclusion:

Twitter and blogging is unlikely to cause system wide change.  The vast majority of teachers will be untouched by the ebb and flow of ideas on twitter.  They will continue to go to, and grump about, in-school CPD, they’ll teach, and they’ll be good at their job.  They’ll complain about the new changes, and implement them well (or badly).

The system is so large and ponderous that having a small proportion of teachers (and others involved in education) on twitter will not change the system.

I appreciate where this is coming from. Plenty of bloggers refer to the “fact” that only 5-10% of teachers are on twitter, although the statistical validity of this mainly seems to come from straw-polls at CPD events and guesswork. It’s slightly higher than 10% at my school (we have a page on our website showing our online presence), though we all feel in awe of  places like Huntingdon and Clevedon where it seems like every other teacher is a fully signed-up member of the edublogging twitterati. 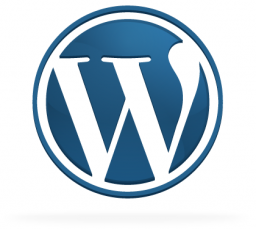 Being on twitter helps my practice. Reading the ideas and discussions there helps me to sharpen my thinking and informs my own position on key issues and debates (apart from the perennial Paso Doble of @oldandrewuk and @heymisssmith which verges on public flirtation). It’s a mine of good ideas and a source of information and inspiration. However, there is a dangerous arrogance that assumes that “being on twitter” or “having a blog” somehow confers excellence or superiority. Reading the Ofsted reports of schools with Kev Bartle or Sapuran Gill on the SLT proves that some of the twitterati really do walk the walk. However, many of the finest teachers and school leaders are far too busy being fine teachers and school leaders to spend their time blogging about it or building a virtual PLN. I find it enriching, enlightening and helpful – but that doesn’t mean it’s right for everyone.

My second point is that, just because only 10% of teachers are on twitter, doesn’t make it impotent. Twitter and blogging can reach beyond its users. I found out about @TeacherToolkit‘s Five Minute Plan on twitter, but I shared it with my colleagues and it’s now in frequent use across the school. We have a weekly “Blog of the Week” on our staff bulletin which many teachers read (an idea I poached from Shaun Allison on his Class Teaching blog). Our English Department is running a Poundland Pedagogy project though none of them are tweachers. Provided the ideas get into schools, they can spread – tweachers can be the vehicles for this but not all teachers need to tweet.

I wonder if the same is true for policy change? We know that Michael Gove read some education blogs, though he seems to be selective in his choices. The Headteachers’ Roundtable is a unit formed via twitter and blogging which has met with Stephen Twigg and recently with Tristram Hunt to outline what are, in my view, credible alternative qualifications/curriculum and accountability proposals. Twitter and edublogging pedagogy will spread beyond the reach of the platforms; will policy proposal and debate? I am definitely better informed as a result of my twitter and blogging habit, and this (I’d like to think) makes for better policy in my school. The fact that I have read some blogs therefore has a positive impact across the institution, not just on the individual reading the blog. In the same way as the attendees at #SLTeachMeet could influence over 40,000 students and over 2,800 teachers between them, a blog like Tom Sherrington’s Gifted and Talented Provision: A Total Philosophy has the potential to influence students and teachers well beyond those who have actually read it. If only six secondary senior leaders read and act on that blog, it reaches nine thousand students; I suspect its reach is far greater than that.